Brunei is hardly a country I give much thought to. But when we were investigating the best flight routes back to Bangkok from Bali, the Royal Brunei Airlines was top of the list. Bonus, we had an 8 hour layover, which meant exploring a new country would be imminent, especially since the airline provided free city tours for passengers on layover! So although I had never dreamed of Brunei before, the call of wanderlust and new places beckoned, and we booked a flight through the sultanate of the South Pacific.

When we arrived at Bali’s airport, we quickly realized why the Royal Brunei Airlines was the most affordable flight that weekend. It was the inaugural flight from Bali to Brunei! So not only did we get a great deal on a flight, a long layover in a new place, but we also got to experience a Balinese cultural experience. The terminal was packed with reporters, men & women in traditional Balinese clothing, and free breakfast for all passengers. As officials cut the ribbon to open the boarding of the flight, we applauded to mark the momentous occasion. Then we observed a moment of silence as a Muslim prayer of blessing was prayed over the flight. It was surreal.

Once we arrived in Brunei, we began to investigate how to explore this new location. However, two hindrances lay before us. First, we discovered that the airline no longer provided the “free city tour” which had been promised on their website when we booked our ticket. We specifically researched this before booking and made the reservation on the assurance the tour would be provided. But the staff at the airport was now telling a different story. They couldn’t find where it was promised on the website, and they weren’t budging. Along the way, we made friends with a fellow passenger, a Danish-American girl traveling solo and was also looking for the so-called free tour. After 2 hours of insistence, they still wouldn’t provide the tour, but did book us a taxi at a discounted rate and gave us entrance tickets to the first class lounge. Not exactly the same, but a win nonetheless. But our second hindrance was even more difficult. The day we had chosen to explore the most devout Muslim nation in Southeast Asia was the final day of Ramadan. Like America’s Christmas Eve. Everything is still there, but little is happening. Especially since during the month of Ramadan, fasting from eating & drinking is required from sun up to sun down. So we definitely weren’t eating lunch out.

In spite of these 2 roadblocks, our taxi driver still drove us to all the big landmarks in the capital city of Bandar Seri Begawan. We saw gold domed mosques, palaces, and markets, and I realized how incredibly wealthy this nation really is. With a population of merely 408,786 in 2012, Brunei is ranked as the fifth wealthiest nation IN THE WORLD. This country is stupid rich. Even their shopping carts are gold-plated. 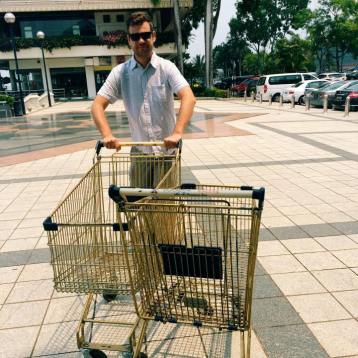 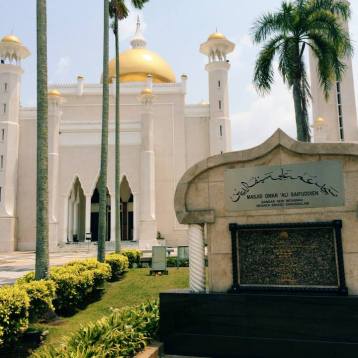 Our city excursion was a success, and tiredly, we headed back to the airport, excited to take advantage of that first class lounge for a few hours. We were starving, after all. We arrive back at the airport and had wait about 30 minutes as IMMIGRATION WAS CLOSED. I’ve never seen anything like that at an airport. The immigrations literally were on break and not letting anyone go to their gates. Or lounge. Bizarre Brunei moments continued.

But once we got to that lounge, it was like the promised land. Food & drinks stretched out for days. Free wifi and showers. Comfortable couches & chairs. Our time eventually came to close in Brunei, and flew out to Bangkok. As it approached 7pm, the pilot makes an announcement declaring the day’s fast is over and we could now eat & drink again. And I remember I’m on the other side of the world. 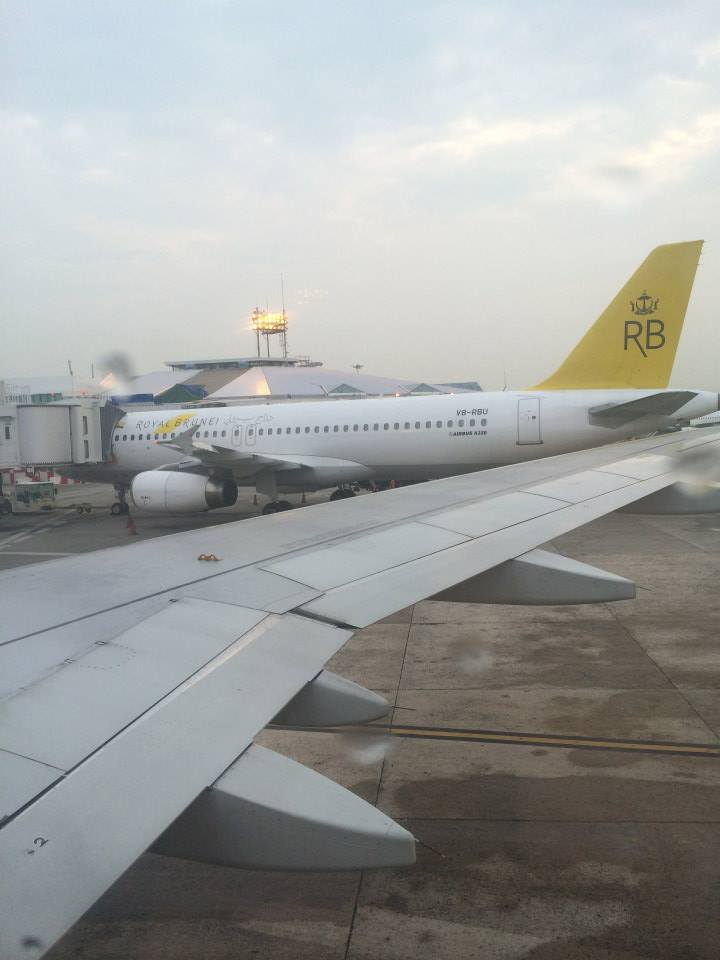 1 thought on “A Detour in Brunei”